Products from around the world 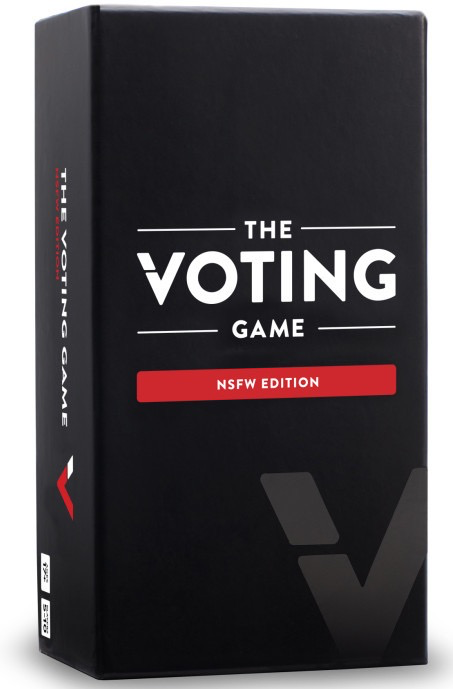 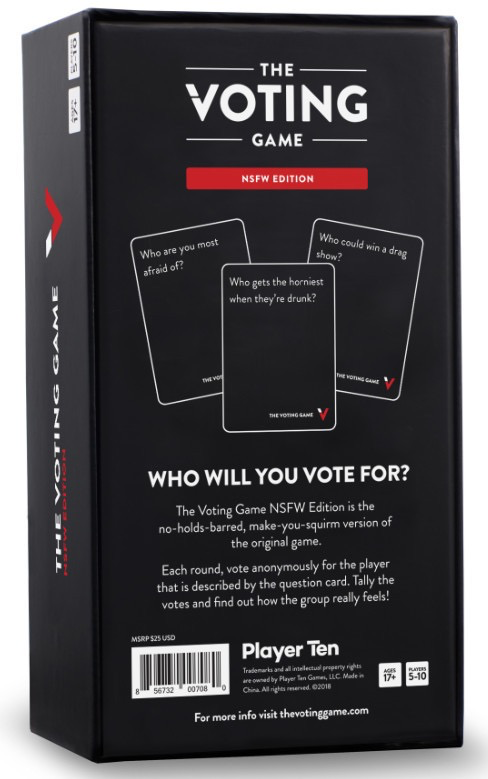 The Voting Game is a party game that uncovers the hilarious truth behind your friendships! Play begins when the first question card is revealed, e.g., Who regularly orders delivery from less than 5 blocks away?Players then vote anonymously for the player Read more...

The Voting Game is a party game that uncovers the hilarious truth behind your friendships! Play begins when the first question card is revealed, e.g., Who regularly orders delivery from less than 5 blocks away? Players then vote anonymously for the player that is best described by the question. Results are tallied and revealed to the group. Each player then guesses who voted for him or her. Players get one guess for every vote they received. If they guess correctly, the truth is revealed. Sample questions: Who would lose an election because of something they did in high school? Whose Google search history would you most like to see? Who would survive the longest in a zombie apocalypse? Includes: 300 cards. Players: 5-10. For ages 17+ Manufacturer's Suggested Age: 18 Years and Up Includes: cards, instructions Number of Players: 4 or More Players Level of Difficulty: easy FAST, FUN, PARTY GAME - Rewards quick wits and dirty minds! EASY TO START – Rules so simple even a drunk can understand! Learn to play in <30 seconds. GREAT FOR GROUPS - Supports 2-20+ players. Players can join and leave anytime! VERY PORTABLE – 70 card deck small enough for your pocket provides over 1,000 unique rounds OPTIONAL DRINKING RULES – Works brilliant as a drinking game to break the ice and start the night Quick And Dirty is an outrageous new game perfect for pregames, games nights and parties. It's simple to learn: A category card gets flipped over e.g. "Something you lick", followed by a letter card e.g. "B". The first player to yell an answer that fits the category starting with the letter B wins the round. Sounds simple, but you won't believe the words coming out of your friends' mouthes as they're forced to think quick! Suitable for a mature audience 17+
Designed by Crivex Powered by Lightspeed